Haunted by the death of a mentally ill sister, psychiatrist Kenneth Paul Rosenberg, M.D. takes on the role of filmmaker to examine a national health crisis. Bedlam follows the poignant stories of people grappling with schizophrenia, bipolar disorder, and other chronic psychiatric conditions. Impossible to mask when untreated, their symptoms shove them into the path of police officers, ER doctors and nurses, lawyers, and prison guards. Shooting over the course of five years, Rosenberg takes us inside Los Angeles County’s overwhelmed and vastly under-resourced psych ER, a nearby jail warehousing thousands of psychiatric patients, and the homes — and homeless encampments — of people suffering from severe mental illness, where silence and shame often worsen the suffering.

Breathing Exercises and Discussion to follow screening on Zoom! 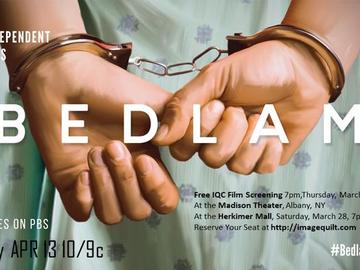