1-2:30pm: A Selection of Films for Kids Age 3-10 including "Shamajiro and the Rainbow Oasis" (60 min), "Connected" (13 min), and "The Boy by the Sea, short film (7min).  Kids of all ages will be encouraged to make a short film using our cameras in the play area adjecent to the cinema.

SHIMAJIRO AND THE RAINBOW OASIS

Description - Shimajiro and his friends meet Coco, a girl who was separated from her mother during a severe sandstorm. Each child is given a cardboard megaphone that they are encouraged to use at various times by the story's characters to cheer them on or shout a particular phrase, and even use as a weapon to thwart the film's villain.

The Boy by the Sea

The story of an unlikely friendship. A young boy sitting by the sea, watching the stones he throws disappear beneath the surface. An old lighthouse keeper. A different truth beyond the water.

Description - Jim, a curious engineer and scientist, is beginning to learn mindfulness mediation, and drags two of his friends into the woods for a sunset "awareness" walk. They accidentally meet a mysterious spaceman named Koyper, who has travelled to Earth from a secret alien-built colony of humans living on the edge of the solar system. His mission: deactivate a worn-out alien power generator, lost decades before during the shipwreck of the Edmund Fitzgerald...but get in a round of mini-golf, eat ice-cream for the first time and drive go-karts while he's at it. (99 minutes) 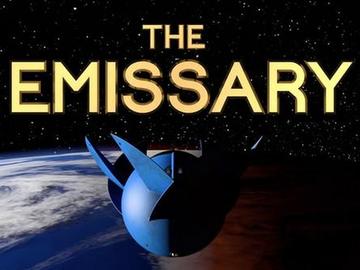