The Man Who Knew Infinity

The Man Who Knew Infinity

Written and directed by Matthew Brown, The Man Who Knew Infinity is the true story of friendship that forever changed mathematics. In 1913, Srinivasa Ramanujan (Dev Patel), a self-taught Indian mathematics genius, traveled to Trinity College, Cambridge, where over the course of five years, forged a bond with his mentor, the brilliant and eccentric professor, G.H. Hardy (Jeremy Irons), and fought against prejudice to reveal his mathematic genius to the world. The film also stars Devika Bhise, Stephen Fry and Toby Jones. This is Ramanujan’s story as seen through Hardy’s eyes.

The Man Who Knew Infinity is partnering with Expii to search the world for mathematical talent, the endeavor is called “Spirit of Ramanujan.”  Everyone is invited to tap into their inner genius, enjoy a unique mathematical journey into these math puzzles and quizzes, and spread the word to find answers and to inspire others, in the “Spirit of Ramanujan.”  Join the Expii site, have a fun time by solving as many challenges as you can on Expii. 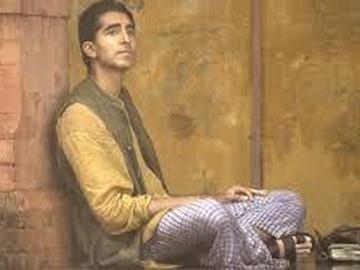